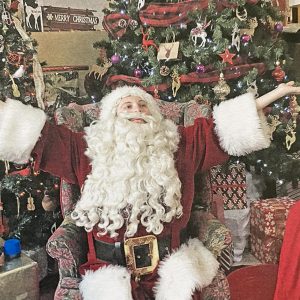 This self-advocacy resource is a video. Finbar Ciappara is a young man who uses an iPad to communicate. For years he had a dream to be Santa Claus. This is his story of how that dream came true with the love and support of his family.

“Every summer, a horde of professional Santas, Mrs. Clauses and elves descend on a campsite in the New Hampshire woods to learn the tricks of their trade. But 2022 was different. The organizers decided to tackle a complicated and historic problem – the lack of diversity in the Santa industry. They decide to enlist a Black Santa named Chris, a Santa with a disability named Fin, and a transgender Santa named Levi, each with their own surprising Santa origin story. ”